The Kansas Flint Hills are said to have the best grass in the world — for about 90 days of the year. Every summer thousands of yearlings are shipped into the wide-open native grass pastures to graze from May through July, earning cattle owners high returns on low-cost gains.

This year however, with cool weather hanging on well into the summer followed by hot, dry conditions in the last half of the season, many owners saw lighter gains coming off the normally prolific summer pastures.

“I was a little nervous weigh-up day. I’d been hearing several stories about the cattle coming off the Flint Hills grass light but turned out we were really pleased with our gain,” said Mike Landrith, Bartlett, Kan., who has been sending cattle to graze the Flint Hills near Eureka, Kan. for more than 20 years.

“We fed MasterHand cubes through the last 50 days out there,” he said. “And the cattle did well for us. In fact, we went over our slide, they were heavy enough. So, we were extremely pleased with the product.”

In early August, Landrith loaded 505 head of summer steers off grass with an impressive 3.2-pound average daily gain.  In a good grass year, 2.7 pounds is a typical average gain, he said. Thanks to Mother Nature’s impact however, many producers were seeing significantly lower rates this summer.

“We were concerned with the way things went,” Landrith said. “We were late going to the Flint Hills because they were late getting burnt and the cool season was really holding the grass back. In fact, we were 2 weeks late from our normal shipping date out there. Then for the last few weeks, with a lack of rainfall, it was beginning to toughen up.”

Talk with a MHM feed expert to get started.  Schedule a consult now! 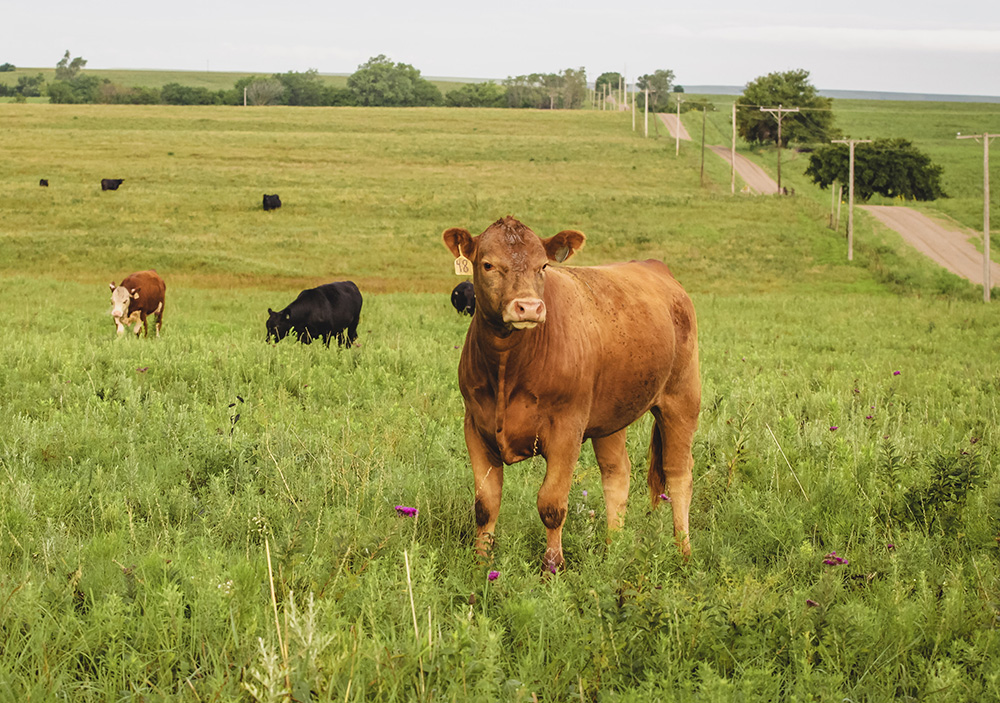 Mike Wiggins has custom grazed yearlings for Landrith and other cattle owners for many years. Wiggins manages the cattle through the summer, maintaining fences, providing mineral and doctoring cattle as needed. Wiggins and other area ranchers work together to ship all those cattle out in early August.

“This year we were wet and cold early, then June was good, but the last third of the season went to the other extreme of hot and dry,” Wiggins said. “So, we only had about 30 days of what we would call ‘normal,’ and that showed in the gains. Cattle tended to be light coming off grass, some only gaining 2.1 or 2.3 pounds.”

For Landrith’s cattle, Wiggins fed 1.5 pounds per head per day of the 100% distillers cubes for the last 50 days of the season. Prorating those pounds into two to three feedings per week makes it simple to do because you don’t have to be in the cattle every single day, Wiggins said. 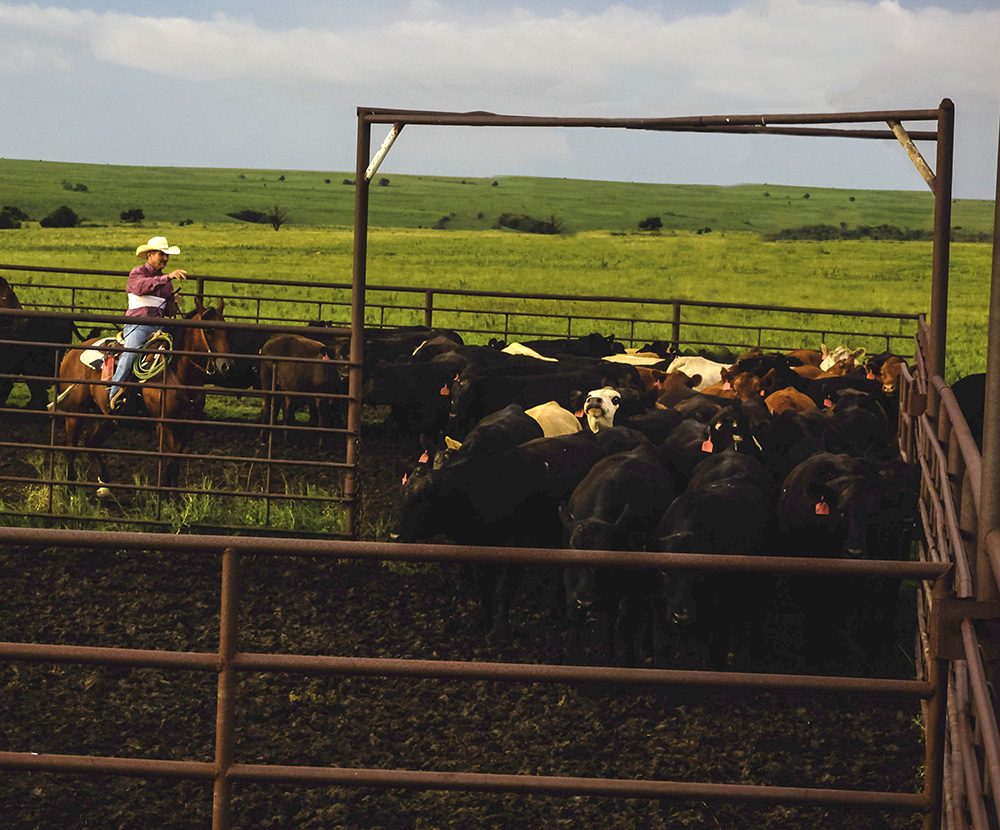 Landrith and Wiggins agree feeding the cubes in late summer makes the cattle easier to handle on shipping day, but the added gain and appearance of the cattle are the biggest benefits. Wiggins said the cattle look hard, more heavy-muscled and have a “bloomy” appearance.

“We figured I was going to need roughly 17 pounds of gain to justify feeding the cattle the cubes through June and July and I feel like we got that gain back this year, so they’ve more than paid for themselves,” Landrith said.

This summer was not Landrith’s first experience using the distillers grain cubes.  He has implemented the product at home on his cow-calf herd and in a growing operation.

“We’ve been feeding the cubes here at home for a few years and the ease of feeding them is great,” he said. “It’s a more concentrated feed, so we make fewer trips back to the feed bin.”

Landrith said he is often experimenting and finding new ways to incorporate the cubes into his nutrition programs. He recently started using the product to wean calves.

“The last three rounds of calves we’ve weaned, we have used the cubes,” he said. “They don’t back up from eating them. They’ve been used to eating them with their mother and we can go right on. So, it’s one less inventory item we need to keep in stock here at the ranch. It just makes things that little bit simpler.” 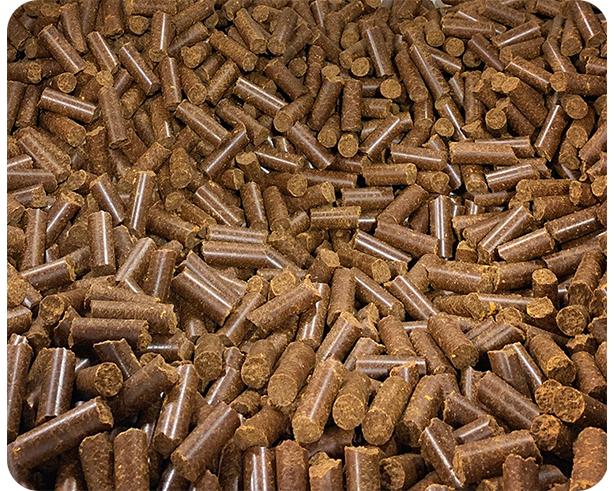 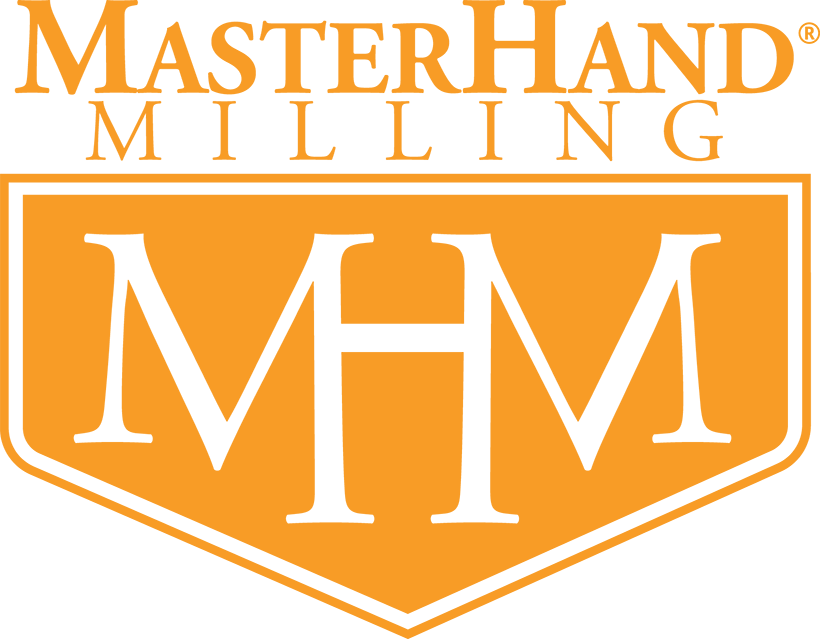